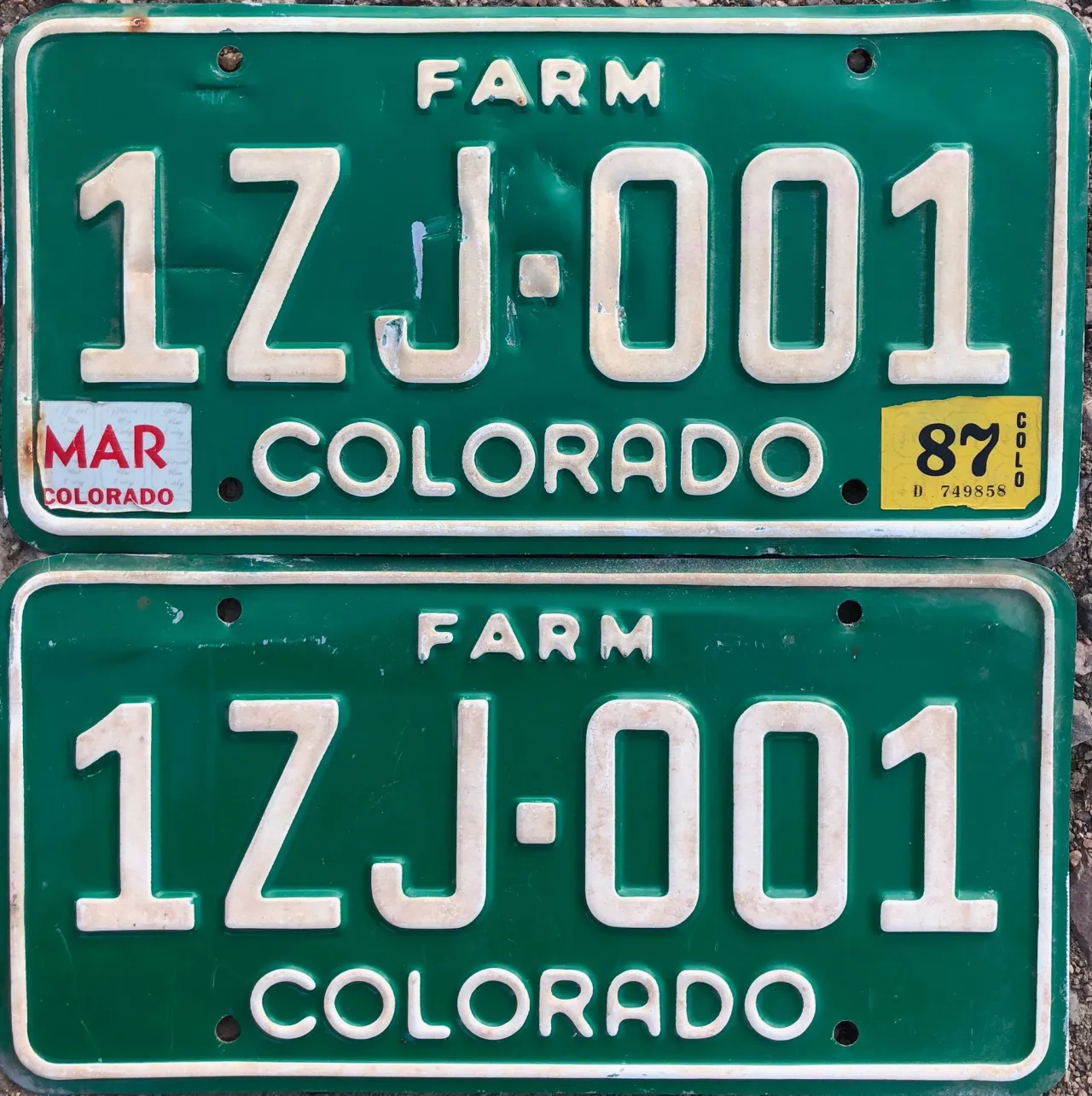 Welcome to my gallery of license plates issued in Jackson County, CO from 1977-2000—when ZJ begins to fall, and the modernization of the Colorado license plate really begins.

NOTE: The source of every single Jackson County plate I have is credited. To see the individual from whom I got a particular plate, hover over it with your cursor. Not applicable on mobile devices.

In 1959, the state of Colorado began to move away from two-letter prefixes in an effort to account for significant population growth, and the state begins to use plates for more than one or two years. Jackson county passenger license plates adopt FGC, FGE, and FGE and their allotments, trailers now begin with F, and various optional tags become available for registration. Click here for a full list of Colorado's county codes and allotments.

These have all been verified as Jackson County issues either via Carfax or sticker numbers.

SHORTS was confirmed Jackson via sticker number. CORKLE, apart from relating explicitly to CORKLE3 in morpheme alone, is the name of the long-time local family who owns a local convenience store (and some other businesses). If you're ever in Walden, stop by the Shell gas station and buy a souvenir T-shirt from Corkle's.